You are here: Home / Consero Articles / Why mergers and acquisition deals often fail 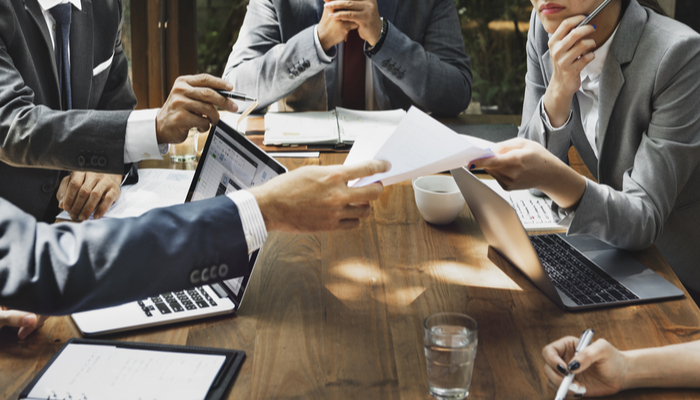 Mergers and acquisitions (M&A) deals tend to fail. We all know that to be the case. Research supports this knowledge as well, as the rate of failure in M&A deals is around 50%.

We are well aware that you are preoccupied with many challenges that go hand in hand with M&A deals, and it's easy to miss certain details.

In our research, we've found several common themes that continue to reappear. Over time, we were able to pinpoint the main reasons why M&A deals tend to fail, and we'll cover all of them in this article.

Lack of involvement from the owners

It's vital to appoint M&A advisors in all mid to large-size deals. However, there is no need to leave everything to them. If the owners don't get involved in the process, the sale can quickly fall apart.

This is important because:

Besides the fact that this increases the chance for the deal to go through, it also builds experience, which ends up being a lifelong benefit for the owners.

Companies need to show full transparency in any M&A deal. The due diligence process is precisely where companies need to prove it. They need to help the buyers by being transparent and by offering tools that create more trust.

Surprises are not the only things that can kill a deal. When buyers or sellers miss important dates for finishing a vital task, they can similarly kill the deal. That's because missing deadlines ruins trust and confidence, which in turn tends to lead towards the agreement falling apart eventually.

The other party loses motivation for finishing the deal once they lose confidence in the first party.

Such devastating results can easily be avoided by adhering to dates. It’s thus vital to set them in accordance with the wishes and the means of all parties involved. It’s also beneficial to make room for the modification of these dates, if necessary.

The numbers change during the sales process

We can all guess that one of the main reasons why these deals fail has got to be in the numbers. It turns out that this is true. We've noticed a connection between:

It stands to reason that buyers want profitable companies. If they notice a dip in these vital metrics during the sales process, they will at least reconsider their decision and start renegotiating the price. In most cases, they'll eventually back down, however.

The problem with this mostly lies in the company that’s about to be purchased. Their management and financial teams start to concentrate on the sale negotiations, so they stop paying attention to how the company is doing.

Lack of clarity in the post-merger integration process

Once the deal is struck, there are still hurdles to overcome. However, many companies fail here, as they are not careful and detailed enough in the integration process.

Without careful appraisals, deals can ultimately fall apart, but by having them, you can identify:

When all of this is assessed, you can find the right methods for transparent and successful integration.

Issues with the buyers

In most M&A deals, most of the problems that can arise, usually stem from the sellers. However, sometimes, buyers can cause issues as well.

Many reasons can be the cause of this:

People make mistakes all the time – it's completely normal. However, when sellers provide incorrect or incomplete information to buyers, the result tends to be a nervous buyer who eventually backs out of the deal.

Such mistakes can easily occur in the financial information, which is why it’s vital to have a third party reviewer. They can review all the information and make sure that no mistakes occur. Plus, they use technology that helps automate many of the processes involved, which results in less inaccurate and incomplete data.

Emotional unpreparedness of the buyer or seller

It's often said that emotions don't have a place in business, but we are all still humans who will forever have feelings.

For that reason, it can easily happen that either the buyer or the seller get cold feet during the M&A process.

Whatever the problem is, getting cold feet results in a lot of money, time, and energy being spent for nothing. That’s because most people back out of the deal at the very last moment.

It’s thus vital to determine if the buyer or the seller is emotionally unprepared at the very start of the process.

Issues stemming from the market itself

Sometimes, problems arise that are beyond the control of all parties involved in the M&A deal. The general market may be performing poorly, which results in a bad market for the seller as well.

On the other end of the spectrum, the market can be great, but that can also result in a large number of companies on the market and thus fewer buyers.

You can do nothing about the market, but you can still ensure that the business is always in the right condition to reach a favorable deal when you can.

So, there you have them – the main reasons why M&A deals fail. By identifying them, you can easily avoid them and ensure that your own M&A deal reaches the resolution you seek.