You are here: Home / Consero Articles / Inside the mind of a startup investor 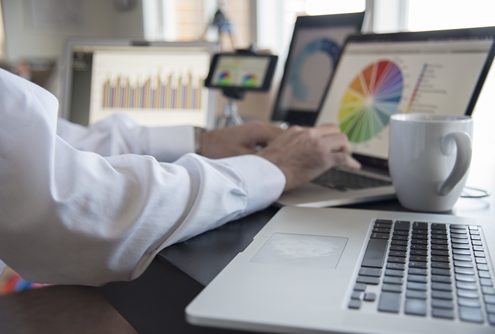 Inside the mind of a startup investor

The prevailing conception of a venture capital investor, as they are generally portrayed in media, is that of a sharp-dressed executive with a penchant for daring boardroom feats or sudden flashes of brilliance.

Like all stereotypes, they are rooted in a hint of truth. But some of the most successful people in this high-stakes profession are about as uncharacteristic as the companies they've chosen to invest in. Looking at the field of today's top-ranked investors is informative for business founders themselves, whether they are currently locked in the fundraising cycle or already established.

"Venture capital firms tell us a lot about how to use every resource available."

While we may have our own preconceived notions about who exactly these people are placing extraordinary bets on fledgling companies, those assumptions have a habit of being proven incorrect, sometimes in fascinating ways. The New York Times recently published a profile of one of the most successful venture capitalists of the last decade, who only began investing in 2012 but already is ranked No. 12 in a list of the top 50 investors in the world. Her name is Kirsten Green, which makes her a standout in her field - a woman in an industry disproportionately staffed by men.

Green is also noteworthy for her somewhat humble beginnings. Where many investors amassed a fortune as a startup founder themselves, Green relied on her years of analytic expertise rather than a sudden windfall. She worked first as an accountant auditing companies in the retail industry before becoming a securities analyst. This gave her the skills needed to understand businesses on a deeper, more granular level than even many executives would not bother with. Keeping her focus on retail, she told The New York Times that her work often involved "wonky" research like measuring consumer foot traffic in stores or calculating profit per square foot.

With an insider's view of the evolution of the retail business in the late '90s and early 2000s, Green saw the writing on the wall before many investors. It was clear to her that brick-and-mortar firms would fall out of favor, ceding customers and cash to e-commerce. But she wasn't compelled to simply shovel money into any retailer with a web address, either.

It was this financial savvy that led Green to start her own venture capital fund, Cendana Capital, in 2012. Cendana was among the first to invest in Dollar Shave Club, at the time a subscription service valued at just $5 million. In 2016, consumer goods giant Unilever purchased Dollar Shave Club for about $1 billion, vaulting Cendana and Green into the upper echelon of venture capital firms. But this was no fluke: Less than a month later, another Cendana-funded company, Jet.com, was acquired by Walmart for $3.3 billion.

Of course, Green was not without her stumbles either. More than a few of the various retail startups she has invested in failed to meet expectations. But her success offers valuable insight into the modern age of business financing, not just for investors but for founders and executives as well. Some of her most prescient insights:

As business writer Ben Thompson explained, and as Green likely understood, the Dollar Shave Club epitomized the trend of disruption in retail in the 2010s. Green was among the first to see that a major conglomerate like Unilever would have a chance to compete in the multi-billion dollar shaving products market at a bargain price. However, this fact wasn't immediately obvious when Green made her investment in 2012.

As a retail analyst in the last 20 years, Green was perfectly positioned to capitalize on minute, seemingly random trends - an uptick in retail store closings - that eventually cascaded into the new normal for the industry. Without the ability to synthesize this data, it's just as likely she would have missed it.

Finally, Green proved herself an expert at connecting data to more ephemeral measurements of business success. As she explained to The New York Times, it became clear that the common thread among recent e-commerce breakthroughs was their ability to analyze shopper behavior to forge a deeper emotional connection between brand and buyer.

From Green's many successes, fellow venture capitalists and business founders or leaders can learn quite a lot about using all the available tools to make informed decisions. Consero is a service that embodies this idea by connecting companies with the people and systems they need to grow and achieve, without the high cost and downtime that this usually involves.

Why building an effective F&A department is so difficult