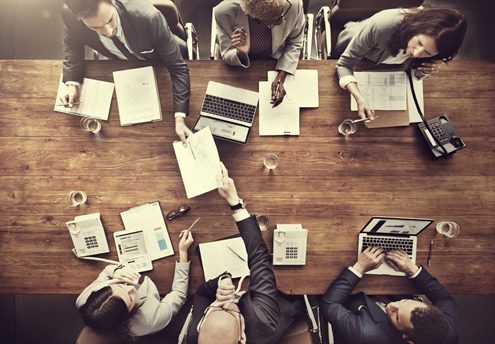 Among the most noticeable changes in modern financial markets is the trend away from initial public offerings and a tendency for private companies to continue fundraising outside of the public markets for longer periods of time. With that in mind, financial professionals noticed a consequence: an increase in "stake sales" and other private trading activity prior to an IPO. If more companies follow this trend, it could create even more ripple effects throughout the finance world, as well as the businesses that rely on investor capital.

The Wall Street Journal reported on what appears to be an emergent phenomenon in today's capital markets: a proliferation of secondary sales of shares in private companies, in particular late-stage startups seen as hot commodities and likely IPO candidates in the near future. The Journal cited many recent examples of very large secondary sales, several of which were orchestrated by Japan's SoftBank Group. SoftBank has made a name for itself because of its proclivity to invest huge sums in many of the most buzzed-about private firms in Silicon Valley, including Uber, WeWork, Airbnb, SoFi and several others. But the climate of today's capital markets, with IPOs scant and interest rates low, has encouraged greater volumes of secondary sales.

Venture capital investor Riz Virk described the pre-IPO secondary sale process and methodology in an article for Medium. Secondaries, in the parlance of venture capital, refers to sales of private shares between founders or employees of private firms and investors. According to Virk, secondaries usually proliferate among startups that are seen as "leaders" in their market and are already in the midst of fundraising rounds. The assumptions in this situation are that the company in question:

Risk and reward in secondary sales

Financial institutions can benefit from secondary sales because they allow access to shares at a discount compared to Series A or B sales. They also enable access to "unicorns," a class of mostly tech firms that attract valuations in excess of $1 billion before even going public or being acquired. For employees or company founders who agree to sell their shares in a secondary sale, the process offers an opportunity to cash out a little early, instead of waiting for an IPO or acquisition that could still be years down the road. Even investors who have already bought into a company during a Seed or Series A round might execute a secondary sale on a portion of those same assets as a risk management tactic.

Of course, secondary sales of private securities are not without risks on both sides of the transaction, especially for individuals or institutions that are not as well capitalized as wealthy conglomerates. The most obvious problem is that private shares are far less liquid than their public counterparts - buyers of these assets may find them virtually worthless until they are allowed to trade them publicly.

Even if buyers and sellers find they could profit from one or more private secondary sales, they might still run up against SEC restrictions and rights exercised by the original owner. Virk explained that companies may exercise their "right of first refusal" in case of a secondary sale of private shares. This might allow the company to absorb the earnings of a secondary sale, rather than an individual. There is also a serious risk of information asymmetry - the buyer of a secondary sale might know something that the seller does not, especially if that buyer is already a shareholder or board member in the company.

The rise of secondary sales presents new rewards as well as risks for businesses and investors. There's no reason for either party to engage in these tactics simply to follow the crowd, so each should be aware of everything that's at stake before agreeing to move forward with a secondary sale.