You are here: Home / Consero Articles / KPIs that every SaaS company should be measuring 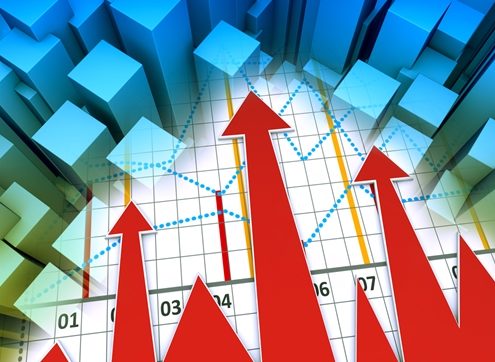 KPIs that every SaaS company should be measuring

Enabled by the ubiquity of the internet and adopted by businesses and consumers everywhere, the software-as-a-service model has proven itself a winner incredibly quickly. But as many companies spring up based around the SaaS model - and as already established players look to diversify their existing business - some of the kinks are still being worked out. Properly reporting on and utilizing a selection of key performance indicators related to SaaS may indeed make the difference between success and failure in this burgeoning market.

Whether we are looking at a startup or a legacy corporation, a well-aligned finance and accounting function often swings the odds of growth and sustainability in favor of any given SaaS business. According to a guide from Salesforce, itself a legendary SaaS success story, on-demand service models cannot rely on many of the same financial strategies as product-oriented peers.

"In contrast to traditional software companies that can use large upticks in revenue to mask lax accounting practices, the recurring revenue model affords no such luxury," according to Salesforce. "As a result, success is more dependent on back-office teams such as Finance and Accounting providing stable financial processes rather than on Sales closing large deals."

With this in mind, Salesforce noted several baseline KPIs that prove essential in the early days of any SaaS venture, including:

In a blog post for Medium, SaaS CEO Nikos Moraitakis pointed out that every initial business model will inevitably encounter problems along the way. To handle these in his business, Moraitakis performs what he calls "sanity checks," each of which use a number of crucial KPIs to make important executive decisions.

Customer acquisition cost and customer lifetime value are two standard KPIs in most companies, but they exhibit a different relationship within the SaaS model. Moraitakis explained that early on, on-demand service firms can be considered strong when their CAC is around one-third of CLTV. However, the nature of business growth means that CAC will almost certainly rise as a company taps into less efficient, more expensive market channels.

While a CFO or CEO might think he or she has found a perfect fit for marketing their services, Moraitakis pointed out that growth from any given marketing channel can't last forever. That's why it's a good idea to track and estimate the "ceiling" on each sales channel in terms of both nominal revenue and growth rate. "For example, if you're getting five customers a month today by going to conferences, can this be 50 a year from now?" Moraitakis wrote. "Are there enough similar conferences? What about 500?"

Calculating expenses per employee or per customer

Finally, Moraitakis explained that in the process of managing his company, he would often attempt to add up every possible operating expense and divide that number per staff member or per customer. This helped him understand if and when he had the financial headroom to make targeted investments, like new hires, infrastructure or other capital-dependent upgrade. It would also allow for some creative strategizing. Moraitakis elaborated: "Run every figure about the business on a per customer basis and try to interpret the results. We pay the bank X dollars per customer? We have a person in marketing for every Y new customers we get a month? How does this compare to others?"

All of this is enabled by the turnkey financial solution offered by Consero. Learn more about how they help businesses better understand themselves from every angle with intuitive systems and expert support.

Rollup: How finance can prepare to execute a rollup