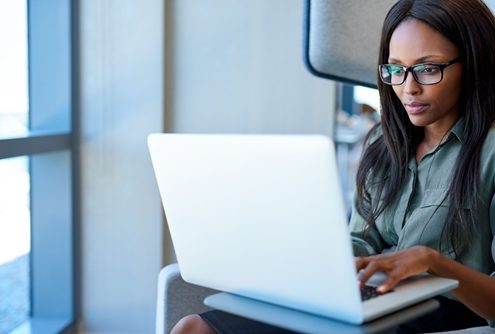 In any widely read success story, whether for a top-performing executive, an investor who made the perfect bet or a TV producer who sparked a hit series, one inevitable question comes up in some form: "How do you do it?"

Everyone has different methods and strategies to work smarter and harder, but many of us also subscribe to ideas that end up being counterproductive and wasteful. Stop and consider if you or your organization may fall victim to these widely held work myths, and see if you can correct them or approach the problem from another angle.

Reality: Most research into how our bodies and minds work has shown attention to be a precious commodity. But contrary to popular belief, the best way to take full advantage of attention is not through zeroing in on a single task in isolation for as long as possible. Instead, research has shown that regular breaks are essential to maintaining focus over longer periods of time. And some research even supports the use of small distractions as a tool for focus and problem-solving.

Perhaps the biggest problem with the idea that long hours are necessary is that it ignores other facets of physical and mental health. One recent study found that employees in an office setting were more productive and generally healthier when they took frequent breaks to walk around, rather than sitting for most of the work day.

Myth 2: You need to multitask to get anything done.

Reality: More behavioral researchers are coming to the conclusion that multitasking is a flawed concept, and does not usually help people improve productivity. One study in the Journal of Experimental Psychology found that when participants were interrupted for as little as two seconds, their performance on a task fell dramatically. That's the amount of time it could take just to toggle between emails. Instead, it helps to be mindful enough to know when to continue focusing on one task and when it's time to pause or switch to something else.

Myth 3: We should be standing instead of sitting at work as much as possible.

Reality: This isn't entirely false, but it is something of a generalization. Standing desks are a popular tool in many offices these days, but they can still be uncomfortable and tiring after long periods. Standing desks can be incorporated into a routine that includes periodic sitting, standing and movement. Standing while working can increase blood flow throughout the body and brain, which can improve cognition and thus performance. Standing and walking are also great ways to promote cardiovascular health by keeping the heart pumping and helping arteries stay strong. Mixing standing and walking with work as well as rest periods can further aid focus.

We are all focused on working harder, but a key part of realizing this goal is working smarter. Consero helps finance and accounting professionals reach that standard.

Why not all corporate value is created equal